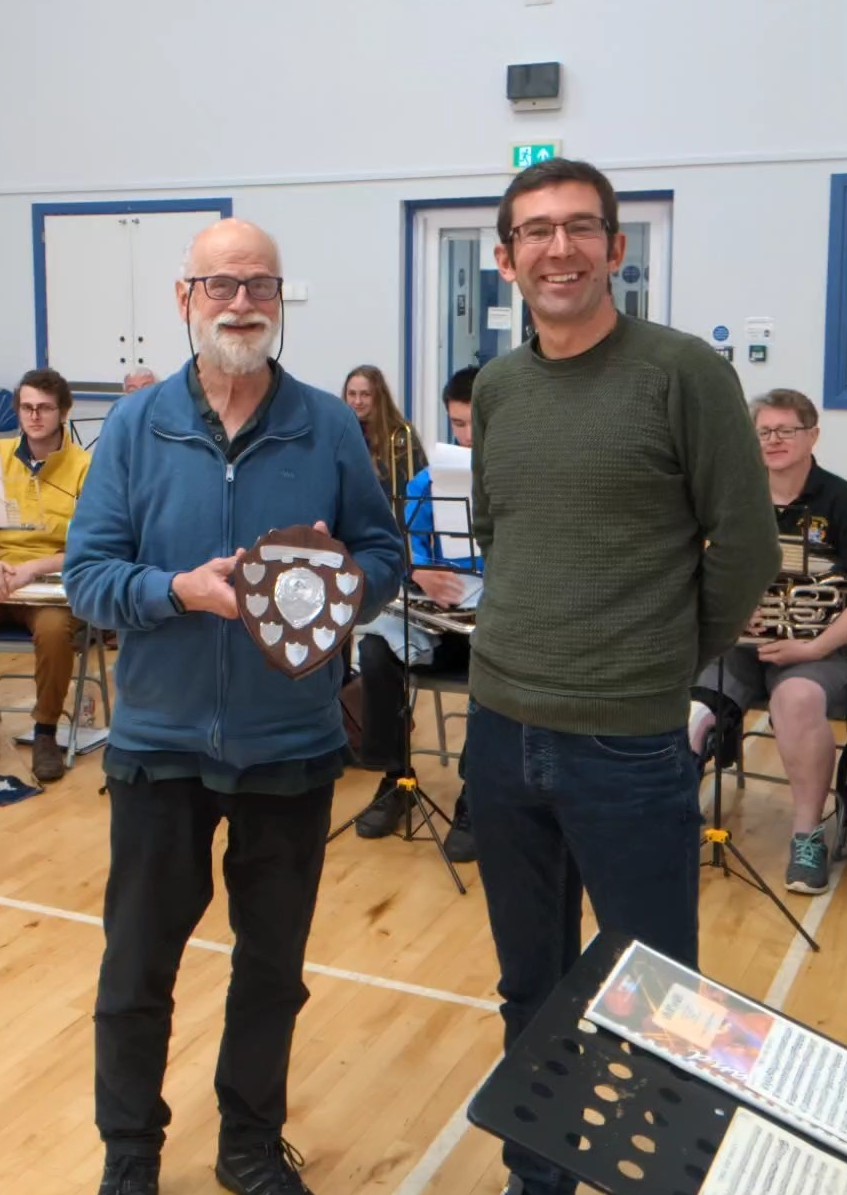 Eb bass player Richard Allen was one of the winners at the band's recent AGM. He was awarded the Most Improved Player Award for 2020 by the bands Musical Director Niall Watson

"Richard is one of the most entusiastic players in the band, always practicing at home and wanting to learn and continue improving. It was an easy choice for Richard to win the award for 2020, as he was fully involved in many of the activities we encouraged the players to participate in during the 3 lockdowns. He entrered and won our online solo competion, went out every Thursday evening at 8pm to support the NHS by playing his bass with some of his neighbours, who also play in the band, and was involved in our virtual performance of the Muppet Show Theme at the beginning of 2021. Richard has progressed from the training band and is now a full playing member of the main band. Congratulations Richard!"