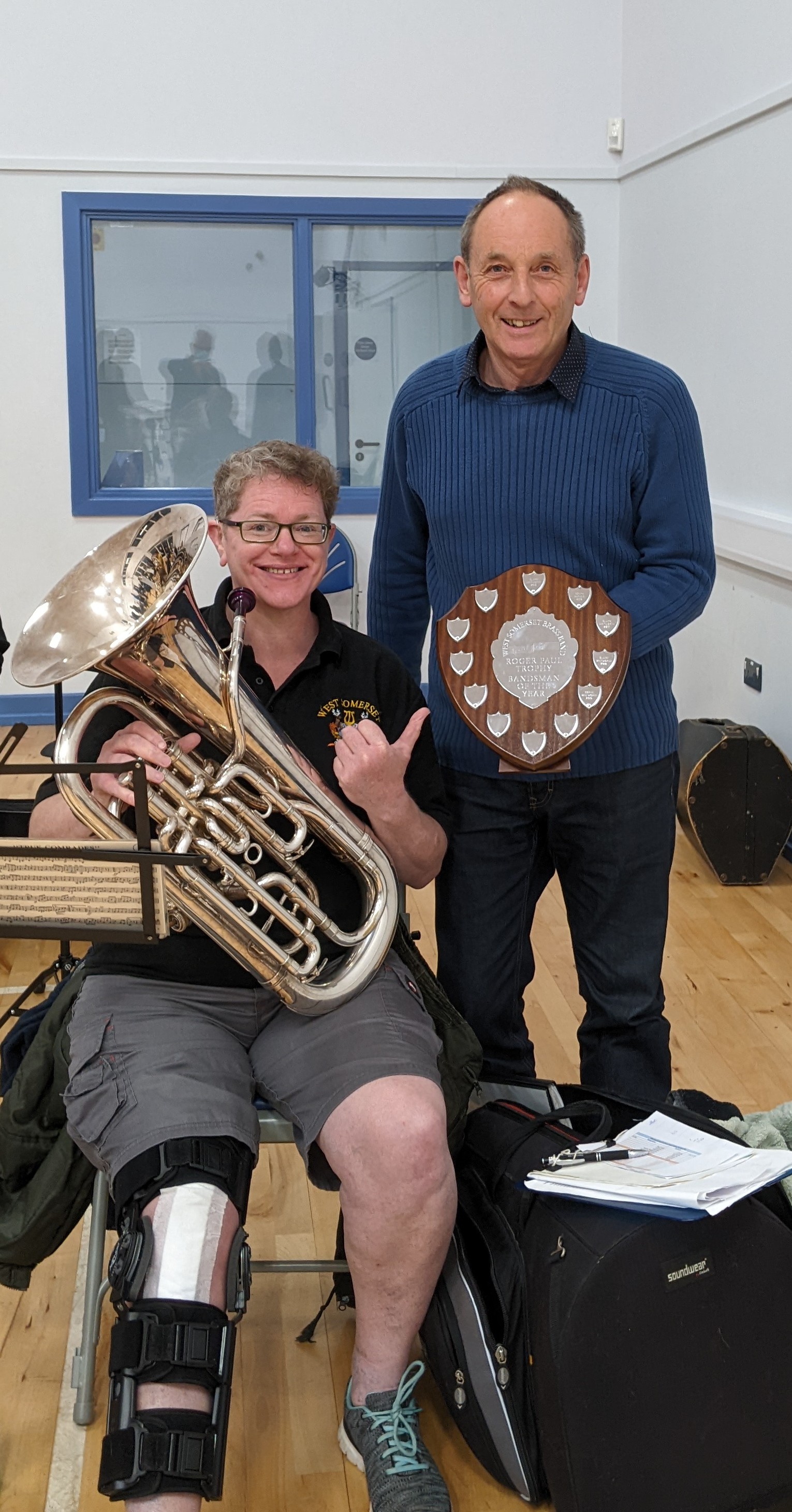 Principal Euphonium Anna Rhodes won the Roger Paul trophy for Bandsman of the Year at the bands recent AGM.

She was presented with the award by Chairman Pete Owen following a vote by all the band members. Anna suffered a horrific injury last June following an accident at home. breaking her ankle in 3 places and shattering her knee on the other leg. She was in hospital for 3 weeks, then followed a long recuperation at home, but Anna was back at band less than 2 months after the accident and made a majority of the summer engagements.