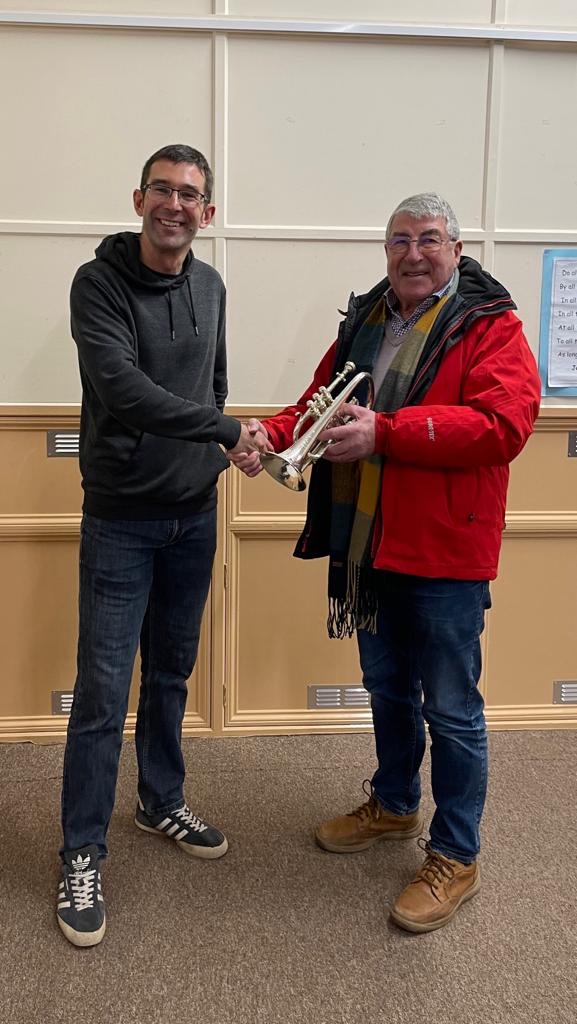 Founding band member Richard Whittington made a surprise visit to our rehearsal in February to donate his cornet to the band.

Richard was a solo cornet player from 1952 for 7 years before leaving for a career in the Royal Navy. We'd like to thank Richard for this kind gesture and we will ensure it gets passed onto a member of the newly formed learner group run by training band leader Claire Whitworth.