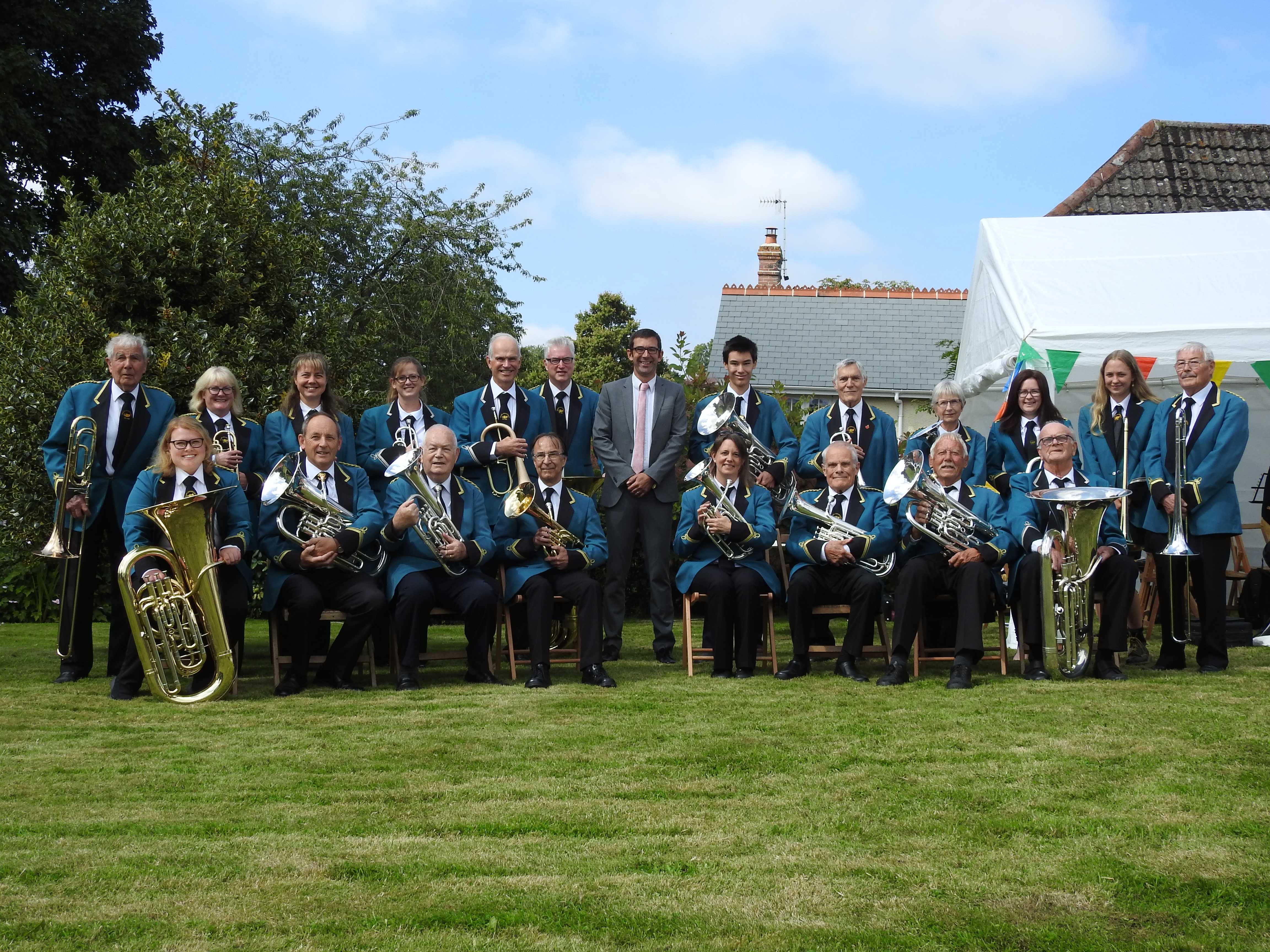 In the early years, after its formation, it regularly entered into the competition field which helped to promote and maintain a high standard of playing and the Band has gained some creditable results.

At present, the Band attracts players mainly from the town of Watchet, but also has several members from around the district. There is active encouragement to attract new members and learners of all ages. We are also very pleased to welcome musicians from other bands who may be holidaying or moving into the area.

Under the direction of our Musical Director, Niall Watson, a wide variety of music is performed which is the basis of the brass band’s universal appeal. This enables the band to undertake a wide range of engagements including church services, formal concerts, fetes and carnivals around West Somerset and beyond.

The Band visits Watchet’s twin town of St. Renan, in Brittany, every two years. Our most recent visit was in August 2018. In 2004, because of its connections with the area, we were invited to play at the prestigious Festival Of The Sea in Brest (which also was celebrating the hundredth anniversary of the Entente Cordiale). We were extremely well received – attracting large audiences for each of the three concerts given.

In September 2008, the band changed its name to The West Somerset Brass Band.