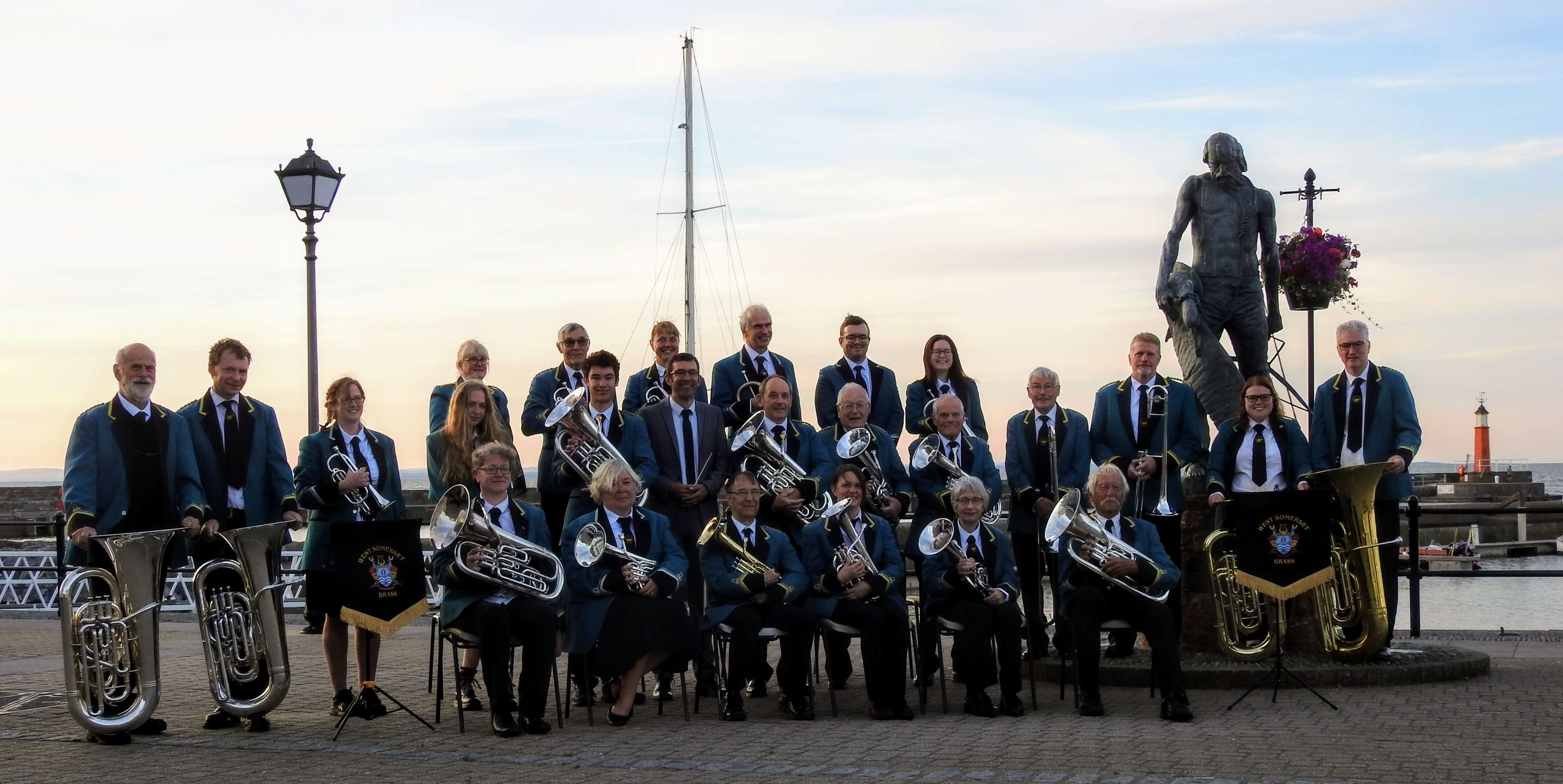 Originally the Watchet Royal British Legion Band, the West Somerset Brass Band was formed in 1952,
and this year we are celebrating our 70th anniversary.

We are a traditional amateur brass band with 30 regular players, but are always keen to
welcome new members to the band and we currently have vacancies in our cornet section.

Please explore the site for more information on the band, where we will be performing and contact details. 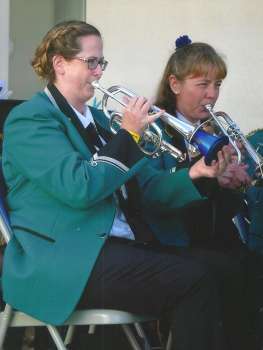 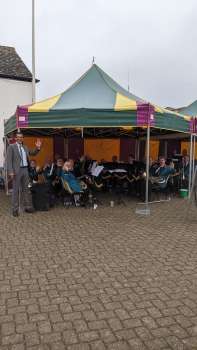 The band and audience braved the wet weather on Sunday 5th June to celebrate the Queen's jubilee with a concert at the Street Fayre on Watchet Esplanade. 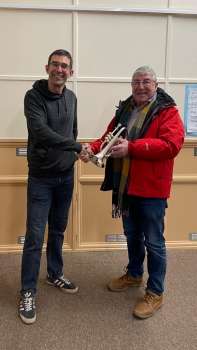 Former player gifts his cornet to the band

Founding band member Richard Whittington made a surprise visit to our rehearsal in February to donate his cornet to the band. 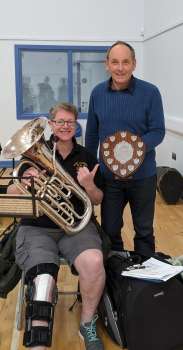 Principal Euphonium Anna Rhodes won the Roger Paul trophy for Bandsman of the Year at the bands recent AGM. 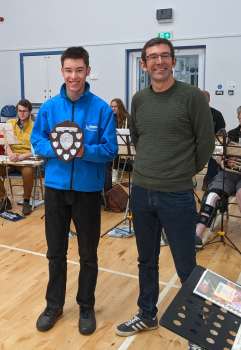 Euphonium player Rupert Sanford was the winner of the Most Improved Player Award for 2021 at the bands recent AGM. 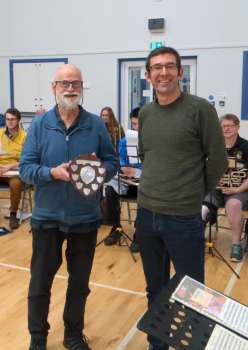 Eb bass player Richard Allen was one of the winners at the band's recent AGM. He was awarded the Most Improved Player Award for 2020 by the bands Musical Director Niall Watson

Former player gifts his cornet to the band